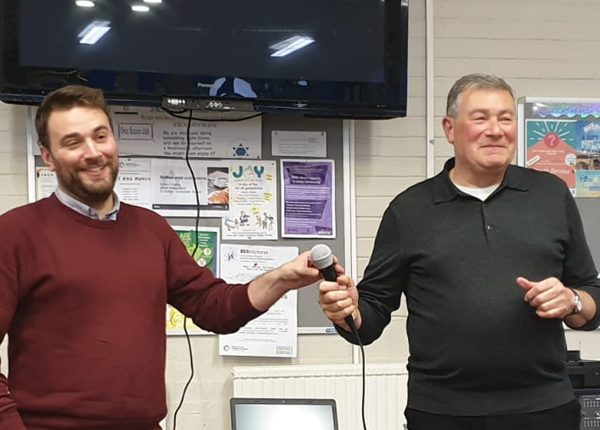 In conversation with Jonny Benjamin MBE

Interviewed by Youth Aliyah Child Rescue Chief Executive, Daliah Mehdi, Jonny and Michael will speak openly about their experiences with mental health and the impact this has had on their family. You will also have the opportunity to pose your own questions in a Q&A session, following the interview.

Please note, this is a virtual event that requires the use of Zoom.

At the age of 20, Jonny was diagnosed with schizoaffective disorder, a combination of schizophrenia and bipolar, and later began making films on YouTube about the condition that have been watched by millions of people.

His social media campaign to #findMike, the man who talked him out of jumping off a bridge when he was suicidal, went viral globally and led to Jonny becoming a prominent spokesperson on the subject of suicide.

Jonny now speaks publicly about living with mental illness and has written articles and given various interviews on TV, radio and in print around the world to help educate and break stigma. He has also produced and presented documentaries on BBC Three and Channel 4 on the subjects of mental health and suicide.

Jonny’s first book, ‘The Stranger on the Bridge’ was published in 2018, and charts his account of living with mental illness, from childhood to the present day and also contains a foreword written by H.R.H. The Duke of Cambridge.

“Young people’s mental health must be prioritised now more than ever before in light of COVID-19. Too many young people are struggling in silence with their wellbeing and not getting the help and support that they need. Now and Beyond aims to change this and give youth mental health the spotlight it deserves. I am proud that Beyond is co-hosting the festival alongside Inside Out Day. We at Beyond are fully committed to ensuring the next generation’s mental health is finally addressed as it should be” Jonny Benjamin MBE, co-founder Beyond