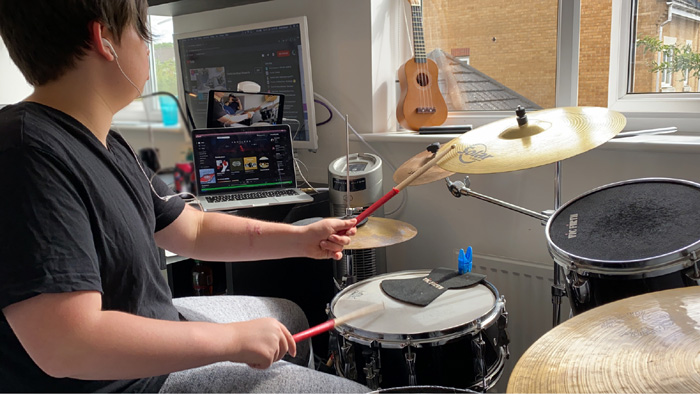 Despite the impact of the pandemic putting a halt to in-person events, over the last six months Youth Aliyah Child Rescue has been proud to deliver eight fantastic virtual events that have kept us entertained and helped us raise vital funds for our youth villages. There has been incredible variety across a broad range of subjects which have attracted a wide mix of ages and interests. Events have ranged from a whiskey tasting to online cocktail making, as well as a series of medical talks on diabetes, dementia and cardiovascular health. We have also been privileged to host a series of hugely enjoyable and exclusive ‘fireside chats’ with a number of pop icons from yesteryear, including Helen Shapiro, Ron Griffiths and Mari Wilson.

Voices of the Shoah – dates for your diary

We are honoured to have two celebrated speakers delivering fascinating talks on the Holocaust, each from different perspectives, in January 2021. First up is Heather Morris, author of the international bestseller, ‘The Tattooist of Auschwitz’, followed shortly after by first-hand Survivor testimony from Ivor Perl BEM.
These inspiring online events are simply not to be missed.

To Celebrate Yom Ha’atzmaut, Join Us in Conversation with Stars of Israeli Film and Television

Actors Ohad Knoller and Tali Sharon will be chatting to fellow actor and friend Liraz Chamami about their careers, sharing some of their favourite memories on set, and of course, their time working together on popular Israeli TV drama, ‘Srugim’. A Q&A session will follow.

OHAD KNOLLER
Since playing Dr Nati Brenner in ‘Srugim’, Ohad Knoller has gone on to star in films including ‘Munich’, directed by Steven Spielberg and ‘Operation Finale’ with Sir Ben Kingsley. Ohad is writer and creator of the Israeli series ‘Kvodo’ (Your Honour), which has been remade in many countries including India, France, Germany and the US. He is also co-founder of Dimona’s Theatre in Israel.

TALI SHARON
Tali played Hodaya Baruchin in ‘Srugim’, before gaining film credits in ‘She is Coming Home’, ‘Out of Sight’, and ‘Norman’, starring Richard Gere. She is also a lecturer at Tel Aviv University, and has her own studio, where she runs acting workshops and classes.

LIRAZ CHAMAMI
Liraz has starred in ‘Manayek’, ‘Unchained’, ‘Asylum City’ and black comedy ‘Happy Times’. She has also performed at London’s Globe Theatre in the ‘Merchant of Venice’. Liraz currently lives in England, but regularly works in Israel.

This event has been kindly sponsored by an anonymous donor who will quadruple any donations made.

All proceeds from this event will help Youth Aliyah Child Rescue to support at risk children in Israel.

Give a more meaningful Chanukah gift

We all know that Chanukah is a time of giving, particularly giving gifts to children. This year please think about making a donation as a gift that will benefit thousands of children at risk. You can donate via GiveItApp at www.giveitapp.org or on our website by following the link – Donate 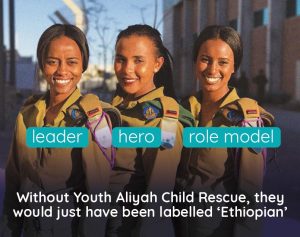 Thank you to all our supporters for the amazing response we had to our Rosh Hashanah appeal.

As you will recall, the focus this year was on how The Village Way is being adopted across institutions in Israel – including the IDF, border police and prison services – in order to help tackle and dismantle systemic racism and prejudice that exists. Working together, we are teaching organisations and individuals how to see through the ‘immigrant’ label and beyond deep-rooted prejudices, so that everybody is treated fairly and equally.

Concurrently, Youth Aliyah Child Rescue provides those that would otherwise be disadvantaged by their backgrounds with tools to boost their self-esteem and extra support with education and life skills to enable them to compete on a level playing field. As a result of this appeal, we were able to send significant funding to each of the villages to support the additional costs they are incurring due to COVID-19.

Thanks to you, we are also able to continue supporting young immigrants as they strive to build themselves better lives in spite of the odds.

Free will writing service in December

Leaving a legacy gift in your will to Youth Aliyah Child Rescue will help ensure that we can be there for at risk children in Israel that desperately need our help, even long after you are gone. Leaving a legacy is a meaningful way for your memory to live on and to know that you are enabling the best care and support for traumatised children and those with fewer opportunities to succeed.

During the month of December 2020, Jewish Legacy is offering a free will writing service. If you would like to discuss this further, please contact us by calling 020 8371 1580 and we will connect you to a solicitor who can talk to you about the process – confidentially and without any charge.